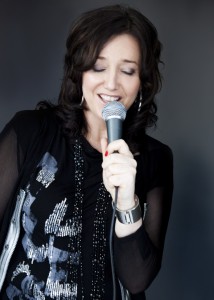 Kathryn (also known as Kat) is an interntaional Jazz Singer/Songwriter from Down Under.  Born into a musical family with 2 of her family members – her late father Tony Hopkins (one of New Zealand’s legendary drummers) and brother Tim Hopkins (saxophonist, composer, entertainer) being professional musicians, music has always been in her blood.  Starting at school performing in musicals and plays, she studied classical flute and piano, before moving onto jazz and took part in the school concert bands.

Her ‘official’ start in musical theatre was with the Twelfth Night Theatre Company in Brisbane, Australia run by Gail Wiltshire followed by the Queensland Theatre Company, where she worked under Director, Alan Edwards and Musical Conductor, Brian Stacey. One of the highlights of her musical theatre career included touring Australia with the musical sensation smash hit ‘Annie’ and a Royal Gala performance, also televised nationally, where she was introduced to Queen Elizabeth and Prince Phillip and some of the celebrities she had grown to love over the years.
Having a Dad as a drummer, she would often accompany him to his gigs where she would play percussion. This continued her education to the world of Jazz and she became a sponge for music, learning many jazz standards, which now serve her well.  She remembers hearing many hours of scales being played by her brother as children and hearing a lot of Coltrane and Bird.

A keen student of speech and drama saw her win awards for her abilities and achieve top marks in Queensland, Australia on several occasions. She was a member of the Dommitt Ellis Talent School where she performed in many entertainment shows around Brisbane with various artists singing, dancing and modeling.  She had a few televised appearances and took part in the opening ceremony of the Commonwealth Games in Brisbane, Queensland.

Kathryn moved back to her birthplace New Zealand in 2000, after spending most of her life in Australia and headed up the support division for a privately owned New Zealand company.  She a 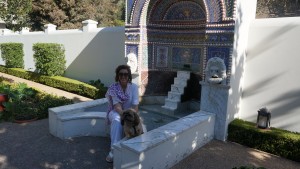 After a good number of years pursuing other endeavours, she started re-connecting with her
passion for singing in 2009 where she took up a singing residency with the North Harbor Swing Band (an eighteen piece big band) and became a member of the Sisters of Swing trio (SOS) who perform the Andrew Sisters material with strong three part harmonies, as well as performing in smaller ensembles for functions and events around Auckland.  She was a member of the Auckland Jazz and Blues Club, as well as being on the Committee and their Newsletter Editor for a number of years.
Having moved to the USA early in 2014, she now resides in Los Angeles where she is furthering her education in music and following her passion for singing, continuing her piano studies  as well as writing some of her own material.

Kat has had the pleasure of performing in Australia, New Zealand, United States and Brazil.  She is hoping to cast the net wider and perform more in other countries around the globe.

Kat has been bitten by the music bug and is keen to sing whenever there’s the chance.