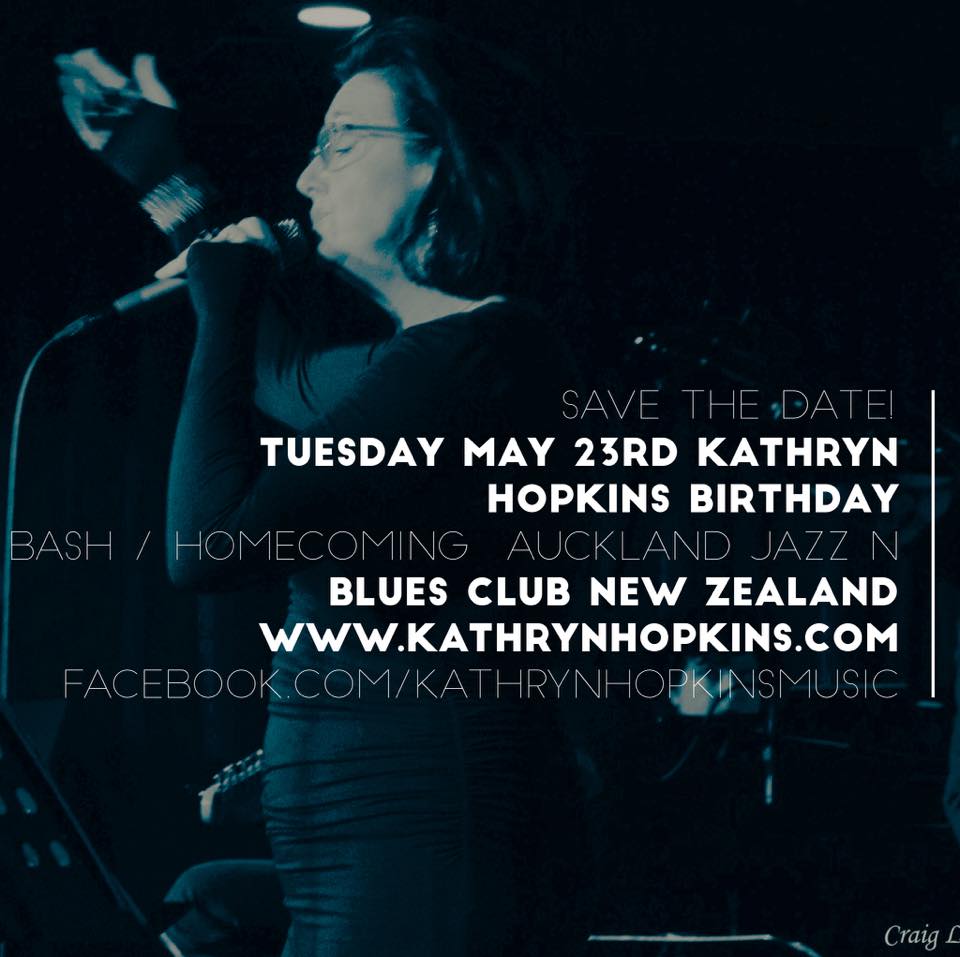 Thrilled to be returning to my homeland New Zealand and to perform at the Auckland Jazz and Blues Club.

Kathryn began her journey in music as a child in Australia where she excelled in musical theatre, singing and piano – even performing for Queen Elizabeth.  Years later she moved back to her native New Zealand where she re-connected with her passion for performing and took up a singing residency with the North Habor Swing Band (an eighteen piece big band led by the late Ross Hurley) and became a member of the Sisters of Swing trio (SOS) performing the Andrew Sisters material with strong three part harmonies.  Kat moved to Los Angeles early in 2014 where she currently resides and is following her passion for singing, continuing her piano studies and writing her own material.  She has enjoyed performing in various venues in Los Angeles with small ensembles and also sings with a few big bands.  She recently travelled to Brazil during the olympics where she performed with a local brazil jazz band in two shows. She is now focused on recording her first album of originals in 2017 and is excited to return to her homeland and the opportunity to sing at the Auckland Jnb Club, backed by some of Auckland’s finest and dear friends to her late father, New Zealand drummer Tony Hopkins.  It’s her birthday bash, so come and celebrate!  She’ll perform a few songs from her recent BeatleJazz show in LA arrange by brother Tim Hopkins, a few originals, some favorite standards and will  be joined by special guest Mike Murane.  Also joining the lineup will be special guest, one of NZ’s best guitarists, Dixon Nacey.