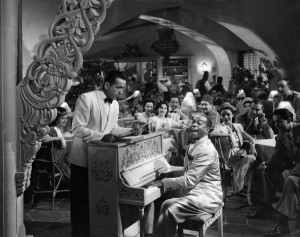 You don’t have to dig very deep to uncover the rich history of Jazz Clubs in Los Angeles, with its fascinating stories of Jazz in the ‘City of Angels’.  From the early contributions of New Orleans migrants, the emergence of a thriving jazz scene in the heart of the African American community along Central Avenue in the 1920s, the halcyon era of cool jazz at the Lighthouse Café in Hermosa Beach in the 1950s, the avant-garde period of the 1960s, and much more, this city has seen it and the people that have lived here long enough have lived it and been part of the intersections of the jazz, social and political history of the city.

If you listen very carefully, you may hear the quiet whisper in the wind around town.  It’s the whisper of days of old, from legends and every day folk that have long passed.  It’s the re-emergence of a bygone era; when the Jazz Clubs were full every night and people came from cross-country and around the world to be part of the craze. Clubs would stay open all night and musicians would go on playing after their shows into the wee small hours.  There was always music happening somewhere and it was all about the music.

There’s a new generation in town that is giving a modern spin to a classic era.  It’s a special time as generations come together in music and there is a sharing of the old and the new, but it won’t last forever, as change is the only constant in this world and the older generations will give way to the new generation and so it goes.

In the heart of Downtown LA, a new Saturday Nite Jazz Club is being birthed by LA’s sweetheart and global musician Cathy Segal-Garcia.  Boston-bred Garcia moved to LA in 1975 where she settled and still resides and brings her years of musicianship and community from all around the world (having played with literally hundreds of musicians) and is recognized as an educator and major mover and shaker in the LA Jazz Club scene.

Garcia says about the new #SatNiteJazzDTLA club “I’ve lived in LA for 40 years, so I’ve seen the jazz scene go through some changes.  My first job was a cocktail waitress at the famous Donte’s Jazz Club in North Hollywood – heard a lot of amazing jazz there and learned about life and music.  Jazz is one of the most beautiful and deep languages in the world.  It can envelope you and soak you in the most amazing of experiences of living.  Life changing, emotion stirring.  The venues here for Straight-Ahead jazz especially, have really lessened over the years.  We all are dying for a great hang, with great jazz!  Well here is one and all you have to do is show up and enjoy it!  I truly hope to see you there.  Be sure to say hello and give me a hug!”

The ‘Jazz Club’ will be happening in Bar Fedora, a ’20’s style performance room in the back of award winning Vegan restaurant, AU LAC. 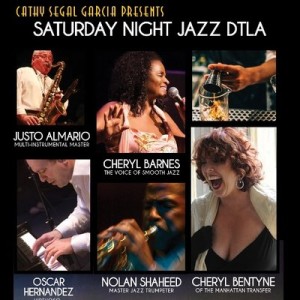 Every week, you’ll be treated to a different style of top Jazz.  Straight-ahead, Latin, Vocal, BeBop.  Old school and next gen – mashing it up for a unique sound and vibe – performed by the best jazz musicians and vocalists LA has to offer, with top shelf guest artists from out of town and around the globe.

Jump on the band wagon and be part of the re-emergence of Jazz Clubs in Los Angeles and contribute to keeping the music alive. As the saying goes “it takes a village”.